Nuclear wastewater pollution! How does fulvic acid improve our healthy environment?After Japan's nuclear waste water is discharged, how can we protect our health? Fulvic acid can help you easily, which is 100% physically extracted from Natural Minerals with international advanced technology.

In March 2011, a magnitude 9 earthquake and the accompanying tsunami severely damaged the Fukushima Daiichi Nuclear Power Plant, and three reactors melted down. In order to cool the reactor, it is necessary to continuously cool down with cold water. Discussions in Japan on how to deal with triton-containing wastewater from cooling have been maintained for several years.

Ten years ago, the Japanese earthquake + tsunami shocked the world. This was the first wave; the second shock was the leakage of nuclear power plants; now, it can be said that it was the third wave, when nuclear waste water was discharged into the sea.

Some experts have simulated the effect of nuclear waste water after it spreads in the sea. Considering the direction of ocean currents, at the very beginning, the seas east of Japan were polluted, but the seas are connected. In about a year, the seas surrounding China are also affected. After 10 years, no seas will be spared. 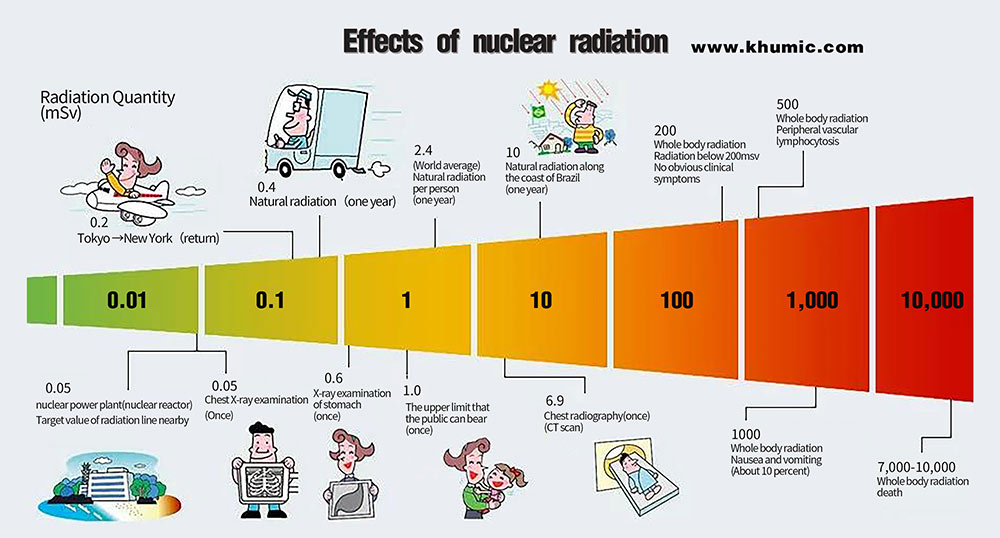 For these problems, how do we protect our bodies and the health of food?

Fulvic acid food supplement may become the key to solving our health problems.

 Fulvic acids beverages have been widely used by Japanese medical scientists to remove human radiation after the nuclear radiation in Japan. White-collar workers on computers and mobile phones should drink fulvic acid beverages for a long time, which can help eliminate the human body caused by various electronic products. Radiation damage.

Fulvic acid can also resist free radicals, so it has the function of preventing premature skin aging and anti-cancer (preventing the spread of cancer cells). It can restore the body's electrochemical balance and enhance immunity. Let us have a certain resistance to the pollution of nuclear waste water

After the application of humic acid, the toxic heavy metal ions in the soil undergo an adsorption reaction, thereby significantly reducing its toxicity. It can also stimulate the activity of microorganisms and enzymes in the soil to improve the self-purification ability of the soil, thereby indirectly promoting the degradation of organic matter; or by promoting the growth of plants and the changes in the physiological and metabolic functions of the plant body, it can enhance the degradation and degradation of organic pollutants by plants. Purification ability.

As a chelating agent of natural minerals, fulvic acid plays an important role in promoting the absorption of calcium and other trace elements. More importantly, fulvic acid can remove toxic heavy metals and metal elements that are harmful to the human body. Acts on liver metabolism, the use of fulvic acid can promote the liver's metabolism of toxic substances and protect manpower

In the future, the application scenarios of fulvic acid will become more and more extensive. As a harmless organic product, more and more countries begin to pay attention to the application of fulvic acid in food and agricultural fertilizers: United States/Canada/Japan/ Australia/Europe/Taiwan/Korea and many other countries have developed quite a lot of research and effects on plants and are widely used in plant growth and feed.

Functional foods are being developed and sold one after another. Fulvic acid water is used to develop a variety of health foods and daily foods.