Why can humic acid improve the stress resistance of crops

In agricultural production, humic acid is more and more widely used. After a detailed introduction, everyone must have a lot of understanding about humic acid in improving soil, improving fertilizer efficiency, and promoting crop growth. In addition to these , Humic acid also plays a great role in enhancing the resistance of crops.

In a low temperature environment, humic acid can increase the proline content and abscisic acid content of crops, and the activity of polyphenol oxidase can be enhanced. Moreover, foliar spraying can weaken the reduction of transpiration rate, stomatal conductance, and net photosynthetic rate of plants after low temperature to improve their cold resistance.

In high temperature environments, the use of humic acid can also achieve good performance. The activities of crop superoxide dismutase and peroxidase are improved, which can reduce the production rate of superoxide anion and the content of hydrogen peroxide, thereby enhancing the heat resistance of crops. The application of fertilizers containing humic acid granule can also promote the water holding capacity of cells and reduce the permeability of cell plasma membrane to comprehensively improve the drought resistance of crops. 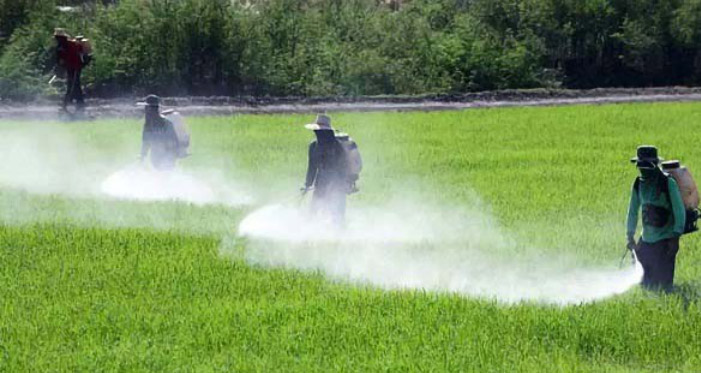 ●The role of humic acid against pests and diseases

Humic acid has also appeared in the production of pesticides and insecticides. Because of its special structure and function, it is widely used in pesticide additives. It can reduce pesticide residues and promote growth by increasing leaf sugar and chlorophyll content. , Which indirectly improves the disease resistance of crops. Studies have shown that sodium humate can inhibit the germination of downy mildew sporangia, and compounding with other pesticides can significantly reduce the occurrence of downy mildew. Humic acids can also enhance the control effect against root knot nematodes.

●The effect of humic acid on saline-alkali soil

Humicplus is a negatively charged colloid. After being combined with the soil, it can increase the adsorption capacity of cations, play a role in salt isolation and absorption, inhibit the rise of salt, and reduce the salt content of the topsoil. Humic acid can also neutralize the alkaline substances in the soil and reduce the alkalinity of the soil. The base exchange capacity of humic acid is 10-20 times that of clay minerals in the soil, so that harmful ions in the soil solution can exchange reactions with dual-source humic acid. Therefore, humic acid has a good effect on improving saline-alkali soil. At the same time, studies have shown that continuous use of humic acid can restore saline-alkali land to fertile land. Coupled with its ability to adjust pH, it is sufficient to ensure the resistance of crops to acid and alkaline soils.

●The effect of potassium humic acid against heavy metal pollution

At the same time, humic acid contains a variety of functional groups, which can fix heavy metals on the surface of soil particles through complexation, chelation, and reduction, thereby affecting their migration and reducing the water-soluble state of heavy metals and reducing soil toxicity.

Humic acid can also alleviate the toxic effects of heavy metal cadmium on seedlings. The main mechanism is to inhibit its absorption of cadmium and promote its absorption and accumulation of nutrients such as copper, zinc, iron, and manganese.

The role of humic acid in increasing resistance is actually no weaker than its other effects, and in addition to these, humic acid can also make the stalks thick and resist lodging on some crops. Looking back at the growing demand and use of humic acid in the agricultural market, it is not unexpected.